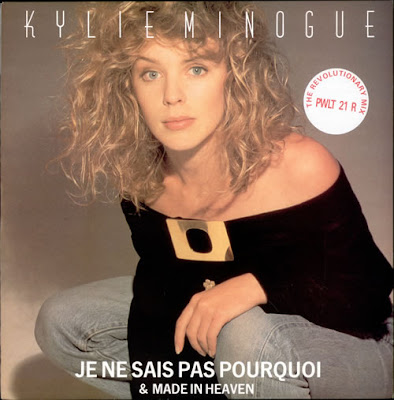 Don't know about you, but I'm up with the lark these days.

When I say these days, I mean for the past 15 or so years. There was a time when I never saw the dawn unless I was coming home during it. I never knowingly got up to see the sun rise. I don't know how this happened - it's not like I had children to jolt me into early mornings or anything - it just occurred. Over time I got to thinking it was the best part of the day. Now, I like to - not necessarily be dressed and ready for sunrise - get an early start. The day is young, still, quiet and you can make the most of it.

So I have no problem getting out of bed but, like most of us, it wasn't always the case. There was a time when I'd happily wallow in my pit until midday. Needless to say, when the time came to start working it was a living hell. You want to stay up late, but you have to get up in the morning. What kind of awful injustice is that? But at least I was living in central London. It's not like I had a milk round or had to go down a mine or stand at a bus stop in a country lane in the pouring rain at 5am.

But to me it felt no different to that. Worse was to come, however. Finding myself between flats - ostensibly homeless but for friends' spare rooms and sofas for a few months until I got myself together - I briefly lived in Greenhithe, Kent (see post 1988: All We've Got Is This Moment), now home to the gigantic Bluewater shopping centre, but then more or less the back of beyond.

I was working at a central London bookshop, where each night after work we'd descend on the local pub and stay put until closing time. Not adjusting my lifestyle in the slightest, this meant a long train journey from Charing Cross, then picking my way from the station up unlit roads into the back entrance of the house I was temporarily lodging at (thanks go to Tony for getting me out of a hole) and going straight to bed.

It wasn't always so straightforward. There was one night I realised I'd trodden in a rather sickly yellow dog turd which was all up the stairs and through the house, which meant scrubbing for hours until it was gone. Then there was the time I'd left the gas on, the smell of it on opening the door reminding me of that PIF about not turning on the light, so sitting there with all doors and windows open until I thought it was safe to do so.

Usually I was home but about oneish and to make sure I was at work for nine - as we had to clock in and out there was no hiding place - I had to go immediately to bed in order to get up at about 6.30 if there was any hope of getting in on time. What fresh hell was this?

Each morning I was rudely awakened by the radio alarm as the sun struggled to break through the grey autumn clouds, and more often than not, this little gem was what I woke up to. To date, it's the only Kylie song I find bearable.

Whenever I hear it now it makes me want to snuggle back under the duvet and not go anywhere, and I still associate it with dark mornings, utter, killing tiredness coupled with a vague hangover and with a long journey ahead of me. But I never gave myself a break. FOMO meant it was the same again the next day and so it went on until I finally moved back into central London in early December. And there I've stayed ever since.

Though I embrace an early morning if it's in my own time, the thought of doing one of those lengthy commutes - hideously early starts and not getting home til late and having no real downtime - is just horrific.

So come back to bed with me and let's doze to this. Who's feeling all warm inside? 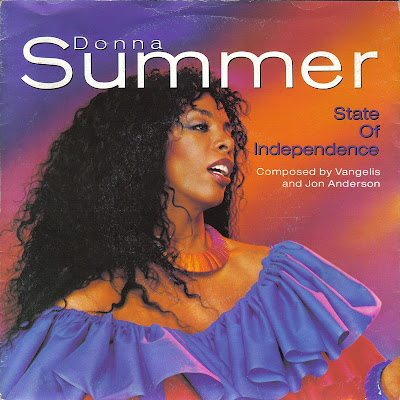 Driving to work this morning, taking in the crisp early autumnal landscape and chilly feel of these back to school days, up popped Donna Summer's State Of Independence. 'That reminds me of the time...' I thought.

And then what it actually did was remind me that I still have a blog where I post songs that recall a moment in my life and which I have ignored since April. Time for a revival perhaps?

If you're ready teams, let's play.

Today's subject is school trips. I was always the first to put my name down for a school trip. When I arrived at boarding school I couldn't believe what was on offer. Whereas all previous school trips had been confined to the Tudor House in Southampton, Lulworth Cove and once a regional theatre production of Death Of A Salesman at the Salisbury Playhouse, these outings were to London theatres, galleries and museums. Of course I was going to go. In that first term I was as regular a coachgoer as Brendan Sheerin.

I didn't really want to see Toyah Wilcox as a wrestler in Trafford Tanzi, Dennis Waterman in Windy City or Cats at the Young Vic but I was going anyway. The most fun of it was on the minibus and then wherever we went to dinner or lunch afterwards: A small and very old-fashioned Greek restaurant in Waterloo, Pizza On The Park where we cheeked the waitress until she could take it no more and the cafe at the National Gallery to name but a few. What fun it was to be out in London in 1982 aged 17.

London was much of a mystery to me back then. I'd been up for the odd day but now I was a much more frequent visitor. I knew that it wasn't necessary to get the Tube from Covent Garden to Leicester Square, but there were still some parts of it we'd travel through that were totally new to me and captured my imagination, sometimes because they were so awful but mainly because it was all so exciting and different. Even now, there are still some bits of the city I've never been to and I've lived here since 1987.

So can I remember anything about any of the actual trips themselves? To be honest, not really. But I do remember the feel of the weather and this song always puts me in mind of bright autumnal days, milling about first thing in the morning and waiting to get on the bus. We must have done a lot of trips from September to December.

We had one disaster: breaking down on the A3 headed for Noises Off. Smoke billowed from under the bonnet forcing gnomic economics buffoon Phil (teachers were always called by their first names remember) to pull over just north of Guildford. But no one really cared about missing the show. We had much more fun sitting on the soft verges until we were rescued.

Culture vulture? Me? Not as such. Not then. I can't remember doing any more trips outside of the first two terms. Perhaps I was barred or they stopped doing them or I just got bored. That's me, never sticking at anything for long. It makes me wonder how long this blog revival will last.

But anyway, how is everyone?

Posted by Jon Peake at 4:51 AM 5 comments: Links to this post