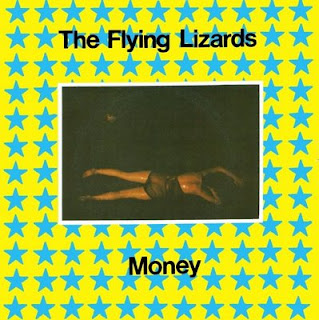 It's the fag end of the summer holidays and we're on holiday with mum (dad had to work), in Ryde on the Isle of Wight.

In the back streets not far from the town centre we're renting Nob and Bob's cottage, in actual fact a terraced house but fit for purpose being minutes from the beach.

'We need to know more about Nob and Bob!', I hear you cry. Well, when my aunt lived on the island in the late Sixties they became pals with this couple Nobby and Bob. I can't ever remember known what her real name was, but they called her Nobby when she joined the WRNS because her surname was Clarke, as they did to everyone in those days. They must have been in their sixties even then.

They were hoot, and seemed to have plenty of money. The last time we'd seen them was at a nudist colony just outside St Tropez the year before. Knowing where to look had become a problem. But that's another story.

The holiday involved my brother and I being given some money each morning and going down to the arcades on the front to play pinball, the game in which the money's teetering as if on a waterfall - penny falls? - and other delights. We'd go back for lunch and then do the same again in the afternoon. Mum lay on the beach all day. We wanted for nothing it seems.

There was time for daytrips too, like tne day, we went to see Moonraker and mum dropped off (well, it's not great, is it), and there were trips to old favourites like Alum Bay for the coloured sands, Black Gang Chine for the dinosaurs, Sandown, Shanklin, Cowes, the zoo at Robin Hill where in 1970 mum had demanded the peacock fan its tail or we were leaving, which it did, to our utter delight. There was also visits to Gurnard, Ventnor, the wax museum and all the other delights the Isle of Wight had to offer. We were frequent visitors then. As it stands, I've not been back for 32 years.

One day, a friend of mum's and her daughter came over for the day from Southampton. The Isle of Wight ferry was frequent, short and cheap, so why not? The daughter was my age and had been in my class at junior school but now went to secondary in a rival catchment area. I'd probably not seen her for about three years but it may as well have been a lifetime.

I remember we walked the length and breadth of Ryde, and we talked whatever happened tos with old classmates and found common ground in music. Wherever we went we heard this song. Along with Duke Of Earl by the Darts, Gangsters by the Specials and The Prince by Madness, Money was pumping out of every tearoom, arcade and ice cream stall. It was most unusual with its post-punk electronic bleeps, deadpan vocals and stomping beat. Of course I had no idea it was a cover, but it sounded great at the fair. Then again, what didn't? This song still stands apart today.

Whenever I hear this song it reminds me of carefree late summer days. I had nothing much on my mind then. When school started in a few weeks' time Two-Tone mania was sweeping through, and there was going to be plenty to think about.