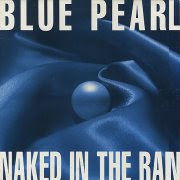 This year was a bit of an annus horribilis for me. I had a flat I couldn't afford, a mortgage I was about to defualt on, nightmare flatmates, a job I hated at a law publishing company that was dry as dust and at which I was totally hopeless as it was too boring to hold my attention, a horrible boss and I was as skint as you can imagine. People in Winter's Bone had a better life than I did.

Okay, First World problems aside, it wasn't really that bad looking back, but at the time it was pretty grim. You get a bit stuck and think there's no way out. Of course there always is and I found it eventually, but you've gotta go there to come back, right?

We had a great flat, three bedrooms, mansion block, corner of a park but it was horrifically expensive. For me alone it was about £700 and when I was only earning about £900 a month back then, times were tough. Then my brother, with whom I'd bought the flat, decided he didn't want the responsibility of it and promptly moved out, leaving me to deal with it. A succession of flatmates from Hell followed.

Still, at least at the end of July I had a holiday to look forward to. While my brother was being held at knifepoint in Morrocco, I was off to Jersey to stay at the home of the future Mrs F-C whose parents were away. With another couple of friends, we went for a week to a place I'd not been since 1974, when Hughie Green was the star guest at the Battle Of Flowers. It was boiling too, and we made the most of it.
We even went to a rave.

Well I say rave. None of us were ravers in that sense, but there was one being held at the now sadly demolished Inn On The Park. It wasn't really a rave - just a disco that played acid house, with psychedelic projections on the walls and a green apple on each table in the bar area. I wore all white. We danced till dawn, especially to this song, my one big holiday reminder. Never liked it then, don't like it now, but in this week-long window I could sort of forget about work and the flat and having no money. Back to work on Monday.

But first I had a wedding to go to in north London. About six or seven of us had become super-tight at work - the only saving grace, and we're still friends now. We were all about the same age, but one of us was getting married - at 25! How young does that seem now? The wedding was a grand affair, but it hadn't even crossed my mind to buy a gift but having no money there wasn't much I could do about it. However, I learnt new dance skills watching people younger than me frug to Loaded and Kinky Afro and I'm Free by The Soup Dragons. It was new dawn. And it was boilingly hot.

Oh well, back to work on Monday, and on one told me what irritations and hysterics awaited me. Only another five - long - years to go then, until I joined the profession I'm still in today...and finally found something I was good at.

Email ThisBlogThis!Share to TwitterShare to FacebookShare to Pinterest
Labels: Blue Pearl/Naked In The Rain